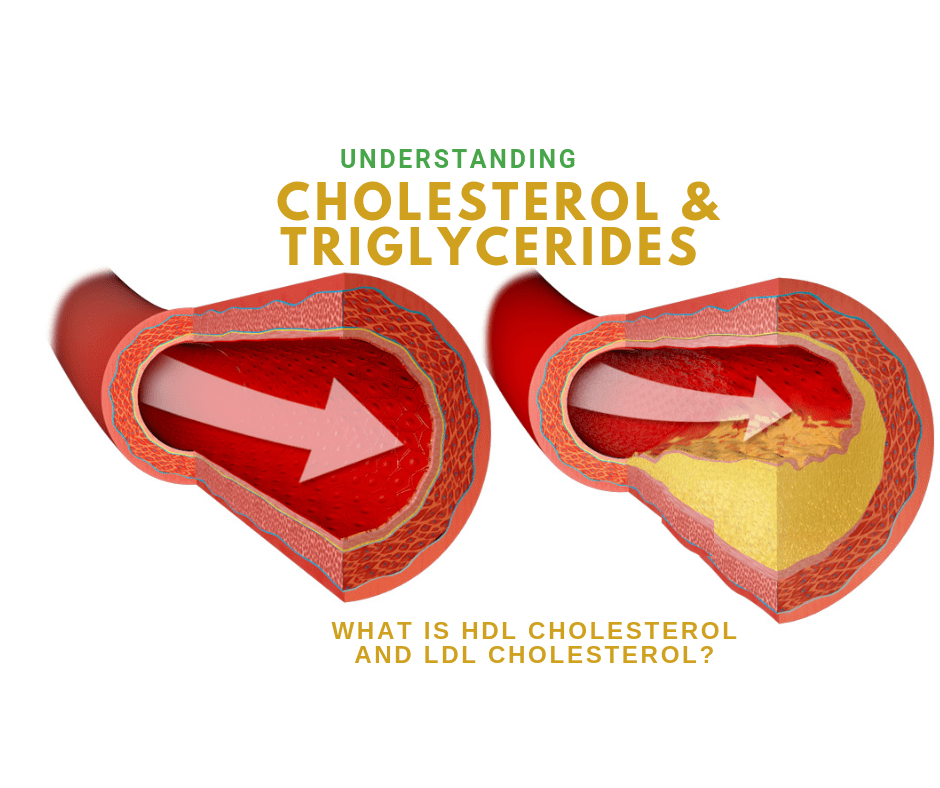 It is important to have an understanding of different types of Lipids circulating in the blood in the form of Cholesterol, Triglycerides, HDL Cholesterol and LDL Cholesterol.

If you or somebody whom you know has ever been detected with high cholesterol levels, you must be seriously looking for ways to reduce cholesterol naturally without the need of popping cholesterol-reducing drugs which are often called statins. Abnormal levels of cholesterol are considered to be a risk factor for many life-threatening diseases. In this article, we try to bring for you the safest proven ways to achieve normal cholesterol levels naturally based on studies.

To start with, we must mention that there was a large study that was published in the 1970s that changed the way people had thought about normal cholesterol levels for the well over 40 years. In the decades that followed, drugs that are known to lower your cholesterol have become a major source of cash flow for the pharmaceutical companies. The amount of business this report might have generated is clear from the fact that between 1988-1994, the CDC (Centre For Disease Control, USA) reported less than 2 % of Americans were taking one of these medications, while the proportion rose to over 14% reported taking them between the period of 2011-2014. As of today, a surprising 49.2% of individuals who are over the age of 65 take cholesterol-lowering medication.

What if I were to tell you that the results on that culture-shaking study were published in a completely misleading way? Well, you may not believe it but it’s completely true. How we measure the level of cholesterol and even what we believe them to mean has been based on a completely false premise. Doctors are pressed to prescribe a variety of drugs called statins (Ex: Atorvastatin, Rosuvastatin, Simvastatin etc.) to tens of millions of “qualifying” patients, and their only goal of reducing the level of cholesterol may be a completely pointless effort.

On the other hand, it is important to maintain the normal cholesterol levels because extremely high cholesterol shows the signs that something is wrong or could happen in the future (heart disease, stroke, blockages in blood vessels of the limbs). These risks amplify when you also have high triglycerides along with elevated cholesterol (together these are known as hyperlipidemia). Sometimes it is very important to lower cholesterol and what better it can be to do it naturally without any drastic side effects of cholesterol-lowering drugs.

So, what is Cholesterol?

Cholesterol is a fat-like, waxy substance that is found in all cells of the body, as well as in some foods. It is a precursor substance and is very necessary for the creation of vitamin D, some hormones as well as bile salts that break down carbs, fats and proteins. Your brain is also in need of cholesterol, as it helps to create neurotransmitters such as serotonin as well as dopamine.

There is a gamut of high cholesterol foods that are on no-no list being unhealthy choices. These foods range from egg yolks and dark chocolate (healthy) to potato chips and cookies. There are five specific items that are consumed that are said to be high in dietary cholesterol; these foods include eggs, chicken, beef, hamburgers, and cheese. For the longest time, it was widely believed that eggs are not good for your heart because of the high levels of cholesterol found in them (24.6% of eggs are cholesterol) and would cause an increase in your serum cholesterol (this is the amount of substance in your blood). However, it seems that dietary cholesterol isn’t as detrimental to your health as it seems at first. For example, consuming eggs for a long period of time doesn’t actually cause an increase in heart disease markers, which also includes serum cholesterol.

Your serum cholesterol numbers are important because high cholesterol levels tend to build up in the arteries, forming plaques that can later lead to arteriosclerosis (a form of tightening of blood vessels causing heart disease). However, cholesterol is an important factor in many vital bodily functions. So, the one question that still stands is: Why is high cholesterol something that causes so much concern?

The more research that is conducted, the more doctors are starting to realize that even with two common distinctions of cholesterol, there are still many variations. On a very basic level, there are two types of cholesterol circulating in your body which are LDL and HDL cholesterol. Many people think that LDL is “bad” cholesterol, but that in fact is not really a fair assessment- it is all cholesterol, and these proteins “shuttle” fats to and from the cell; the only thing is that they’re just different sizes.

So, what is HDL cholesterol? Well let’s start with the basics of HDL; HDL stands for “high-density lipoprotein” which means that HDL particles are particularly larger than LDL particles. Your HDL, also called Good Cholesterol, transports cholesterol particles from bodily tissue to the liver where it can be either reused or removed. On the other had LDL stands for “low-density lipoprotein” cholesterol and it is also called Bad Cholesterol. So, should be kept in a specific ratio to HDL particles in order to maintain a low risk for heart disease.

There are three specific kinds of cholesterol that are not usually tested in normal cholesterol tests or lipid profile but they are rather estimated based on your triglyceride level: VLDL cholesterol (very low-density lipoprotein cholesterol) VLDL contains 70% of triglycerides by volume, versus LDL & HDL which contain much less. VLDL cholesterol transports most of the triglycerides throughout your bloodstream, and high levels of these two particles are much of what causes the buildup of plaque in the arteries
The Symptoms of High Cholesterol

So, what exactly is high cholesterol? Can you feel it happening in your body?

For those maintaining normal levels of cholesterol, it is just a matter of nothing more than diet and lifestyle. Lowering your cholesterol through the use of medication and to incredibly low levels can’t actually seem to impact the incidence of coronary artery disease or even death – a study that was published in The BMJ in 2016.

For many, the focus has always been on achieving good ratios of different cholesterol levels and practising a proper diet and lifestyle that will give their body the best overall health. So, the one question that is going through your mind is: What causes high cholesterol? Well, let’s look into that question; this is more likely to happen if you eat a diet that is high in omega-6s but low in omega-3s (this leads to inflammation), also the consumption of processed foods, refined grains, and excess sugar can be the culprit. Smoking, obesity, and a sedentary lifestyle can also contribute to the cause of high cholesterol.

So, What Are Normal Cholesterol Level?

So here is the question; What is considered healthy cholesterol numbers? The numbers are not so much the focus as the ratios are. However, overall cholesterol of 330 or above seems likely to be too high- although that still depends on the ratios. The normal range of LDL cholesterol although is very numerically defined in conventional medication, actually totally dependent on so many other factors. According to conventional tests, there are two cholesterol ratios that are considered to be more important than having normal or abnormal cholesterol levels.
HDL to LDL Cholesterol

It is highly suggested that you should monitor your HDL to LDL cholesterol ratio by making sure that you have a ratio of one HDL particle to every 2.5 LDL particles (1:2.5). A ratio of 1:6 or higher is a sign that your cholesterol is out of control; while a ratio of 1:10 or higher is considered to be dangerously unhealthy. So how do you find out where you fall? Well in order to calculate that you multiply you HDL number by 2.5. If your result turns out to be the same or higher as your LDL cholesterol number than your ratio is said to be in a good range.
Triglycerides to HDL Cholesterol

When you divide your triglycerides to your total HDL cholesterol, it can aid in revealing your elevated risk of heart disease. So how does this happen? Well, this can be due to the fact triglyceride numbers relate directly to the amount of VLDL cholesterol the person currently has.

If that number is showing to be higher than .02 (2%) it’s about time you consider working on getting your cholesterol levels as well as triglyceride levels back to normal due to the fact that you suffer from hyperlipidemia. So, what is hyperlipidemia? It occurs when the concentration of triglycerides and cholesterol is abnormally high in your body.

Here is what conventional medicine considers to be normal cholesterol levels (these can be used as reference): Total Cholesterol

You should take note that the normal range of LDL (particularly for those that are at high risk) is nearly impossible to achieve without being on any type of cholesterol levelling medications. The normal range of HDL levels doesn’t even make any sense as it only matters due to the ratio it is compared to that are pertaining to both triglycerides and LDL as well as far as the risk for heart disease goes.

Many physicians will recommend that you start taking statins when your total cholesterol reaches around 180 mg/dL or higher (this measures out to be a cholesterol level of 6 in countries where measurements are mmol/L rather than mg/dL); (example: Australia’s standard is to qualify “high cholesterol” as 6.5 mmol/L or higher (117 mg/dL)). 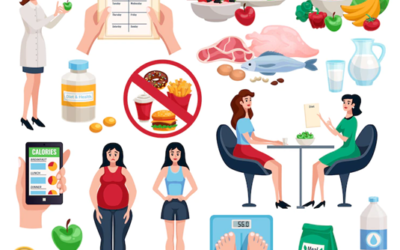 Diet Plan for Weight Loss: How to Decide The Best Plan for You

Dieting is not a one-size-fits-all approach to weight loss and wellness. Whether you go to a fantastic dietician or the best nutritionist for weight loss, your success depends on understanding the requirements of your body and curating a diet plan accordingly. It... 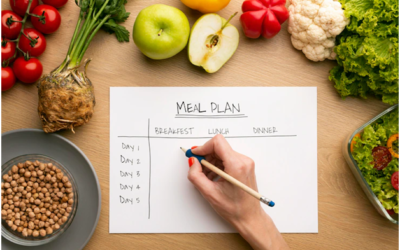 The Indian diet plan might sound new and unfamiliar, but it is all about balancing the macro- and micronutrients in your existing dietary habits. Indian, or South Asian food generally, is characterized by a high carbohydrate and sugar intake, a decent amount of fat,... 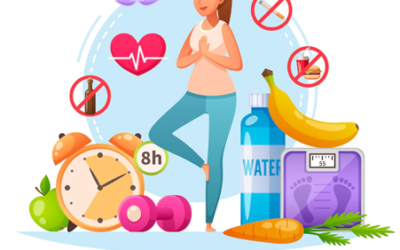 Obesity is a complex medical condition characterized by excessive or abnormal fat accumulation. The Body Mass Index (BMI) of obese individuals is above 30 kg/m. When you have a higher-than-normal body mass, losing weight becomes imperative because otherwise, you will...